Wind Sock is the most recent release from the author and poet McKenzie Toma. A recent addition to Asheville, NC by way of New York City, McKenzie Toma’s writing examines the nature of being, blending a deep engagement in scientific thought and theology with humor, wit, and an understanding of her craft. What remains between Toma’s prose poems, line-broken statements, and aphorisms is a physical sensation.

Founded by Ted Gerike and Sam Setzer in 2017, Solano Archives is a press and curatorial platform dedicated to the preservation and promotion of textual, visual, and musical poetics. Their first publication, English as/a Second Language, an anthology of early 80’s Los Angeles poetry, is collected in the research library of The Whitney Museum. Solano Archives recently collaborated with painter Henry Taylor on the publication Voodoo Politics, a collection of poetry from outsider artist Emory Lambus.

Please join us for the launch of Wind Sock by McKenzie Toma, published by Solano Archives. Toma will be joined by Diamond Stingily and Zoe Breszny for a reading to celebrate the launch. 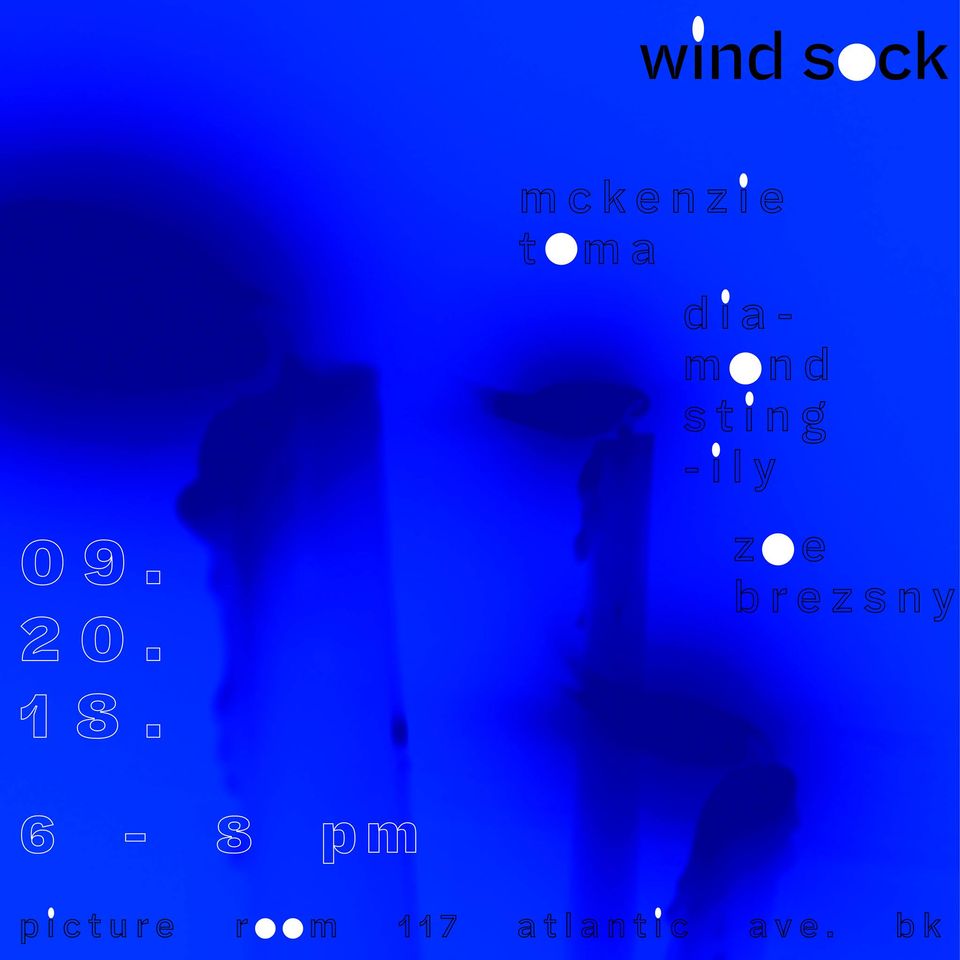 McKenzie Toma is a writer and artist from Detroit, Michigan currently based in Asheville, North Carolina. She has read, performed and shown at Southern Exposure (SF), Nook Gallery (Oakland) and most recently in the group show Spring Riot with Tsarino Foundation (Bulgaria). She curates Campsite, a nomadic outdoor gallery. Wind Sock is her first book of poetry published by Solano Archives.

Diamond Stingily is an artist and writer from Chicago, Illinois based in New York City. Stingily has shown at numerous galleries and museums including the New Museum (New York), Queer Thoughts (New York) and Marciano Art Foundation (Los Angeles). She has read at Artists Space (NYC), The Poetry Project (NYC) and Serpertine Galleries (London). She prepares for her upcoming solo exhibitions at Freedman Fitzpatrick (Paris) and Wattis Institute of Contemporary Art (San Francisco).

Zoe Brezsny is a poet and early childhood educator from Oakland, California who is now based in Brooklyn. Zoe’s writing has been published in San Francisco Arts Quarterly, Prelude, Tin House, Bomb Magazine, and elsewhere. Listen to the archives of her radio show on WFMU 91.9 FM in NYC, where you can find a medley of international pop, poetry, and Youtube black-hole tracks.