←Back to Exhibition ←Back to Events

Picture Room is pleased to present its first solo exhibition, Ghost Song, with Cécile McLorin Salvant. Salvant is an artist, composer, and acclaimed jazz vocalist based in NYC. She was awarded a MacArthur fellowship in 2020, is the recipient of three Grammys, and won the Thelonious Monk competition in 2010.

To celebrate the exhibition, Picture Room will host an opening with the artist on Friday, March 4th from 6 - 8 pm.

Salvant draws upon a quote from Audre Lorde in contemplating the work in Ghost Song, which for her represents “the pellet of yellow coloring inside the bag of margarine.” As she moves fluidly between practices of creating music and visual art, these mediums intertwine and reflect back on one another. Salvant’s characters and recurring glyphs dance through the drawings and embroidered tapestries, the work reverberating with a sonic energy.

Each piece in Ghost Song is embedded with fatigue, melancholy, joy, and rhythm. They depict the etymologies of Salvant’s compulsions, memories and fantasies that come from the back of her dreams. The artist writes, “They are my time-keepers and hourglasses made of thread. When I look at them I can see the hours and years of my life unspooling before me.”Salvant will release an album of the same title concurrently with the exhibition’s opening. She will have a debut performance of this new album at Lincoln Center’s Rose Theater on May 13th and 14th. 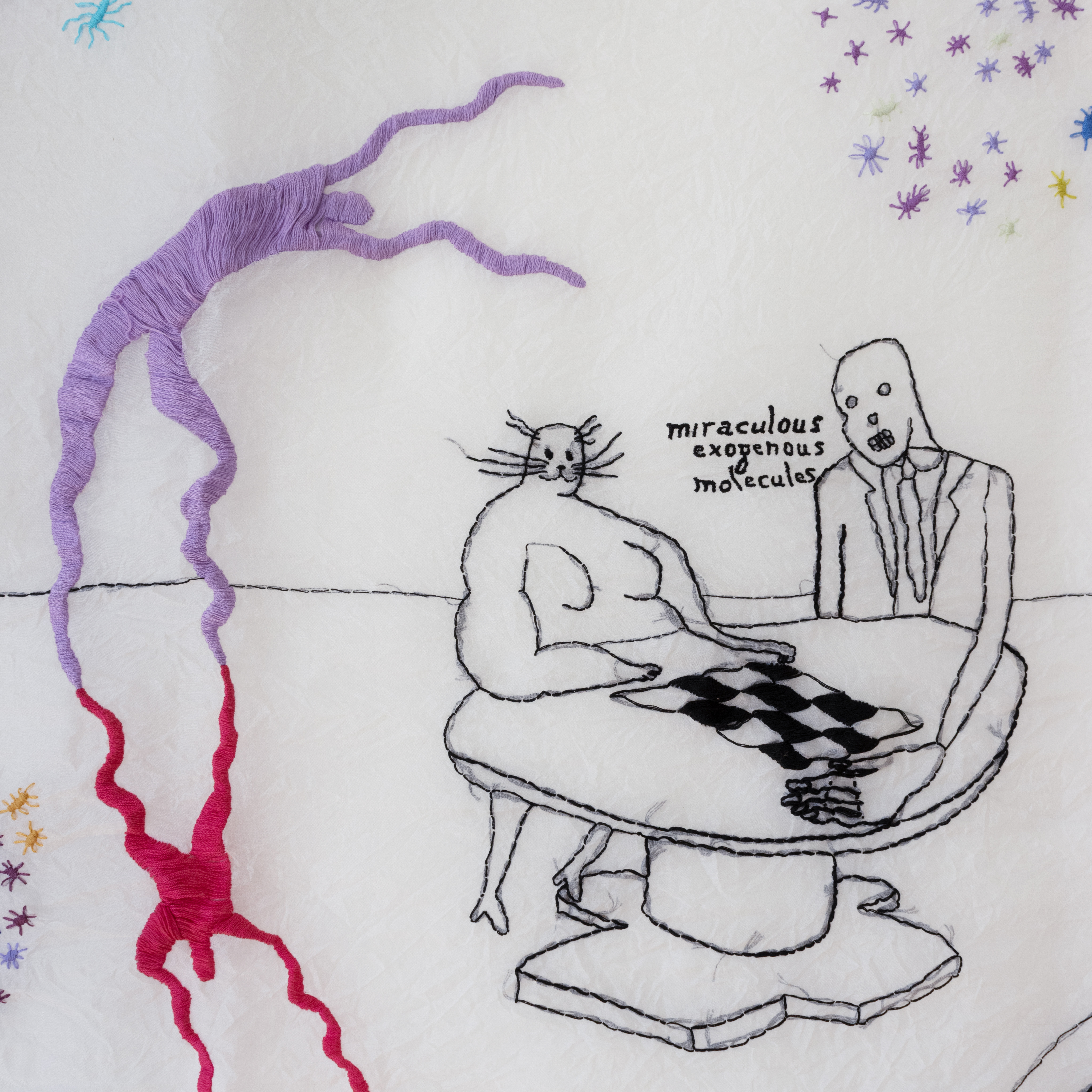 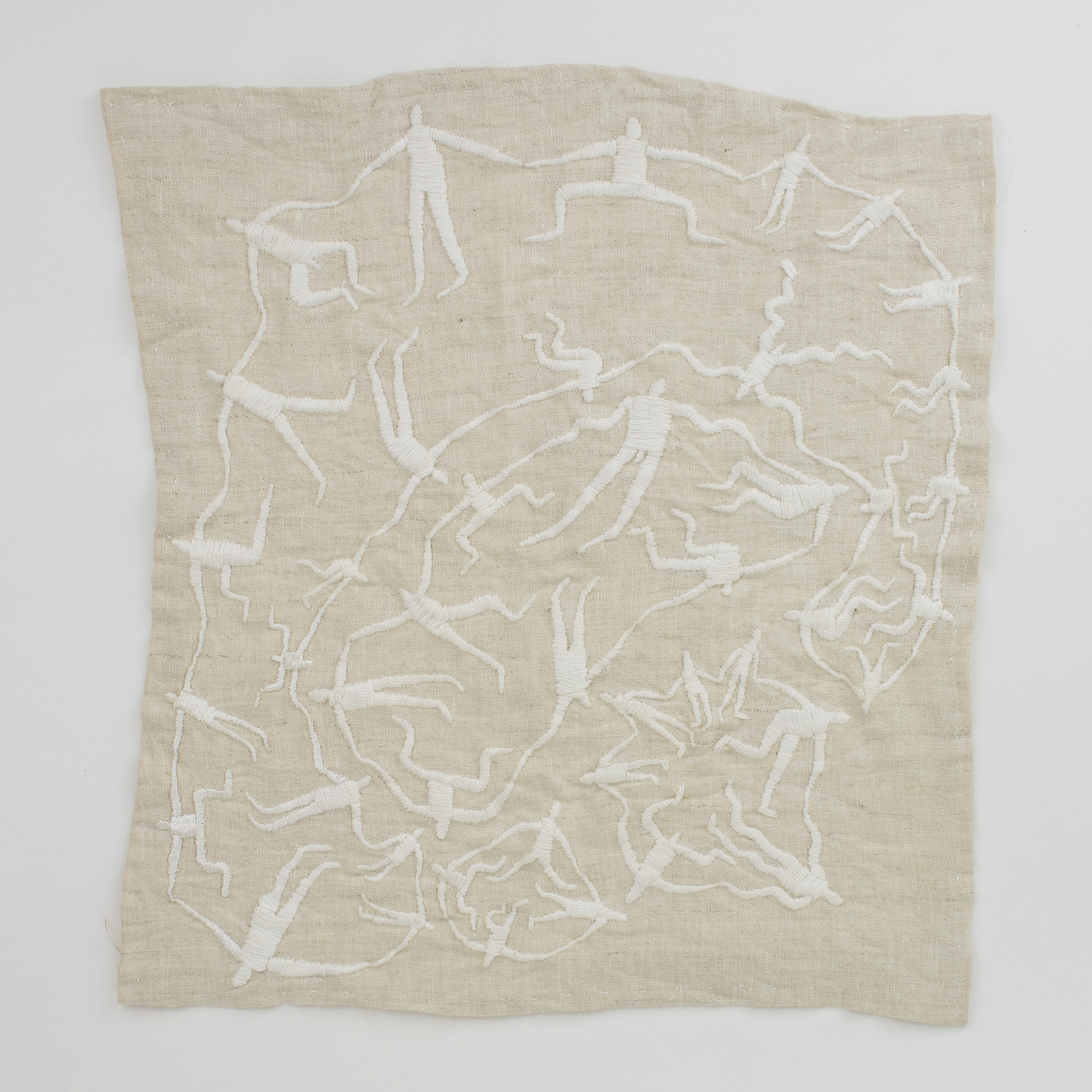 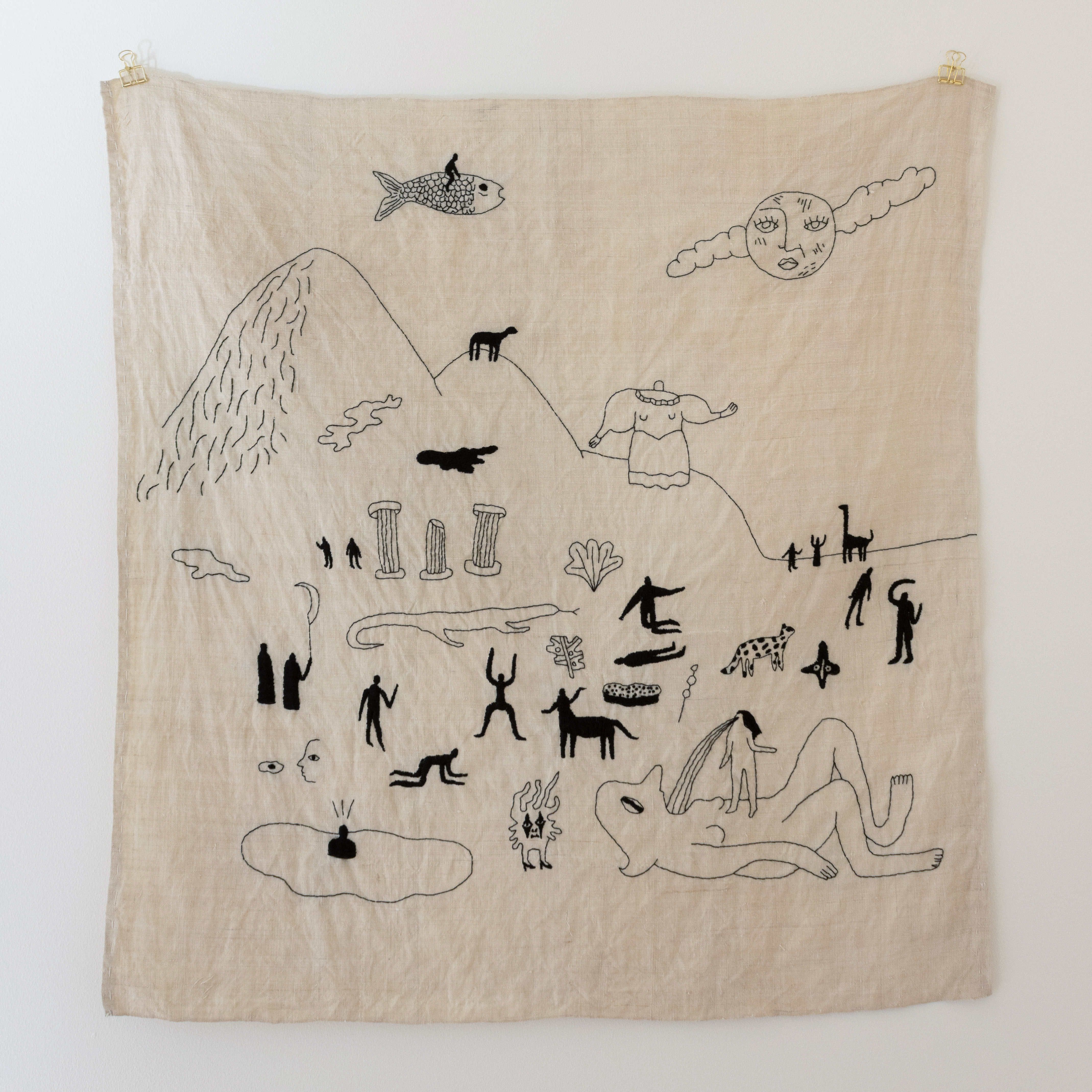 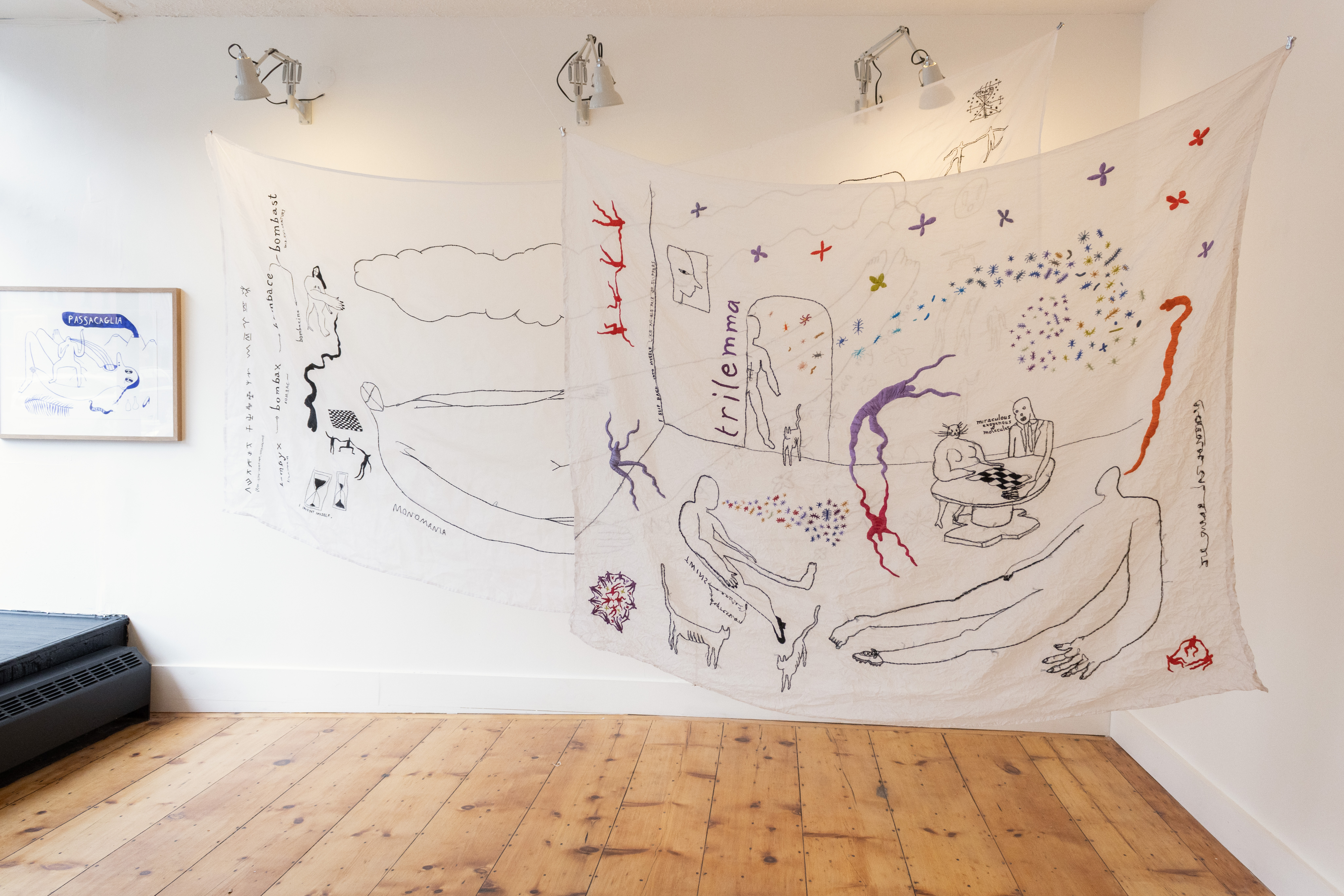 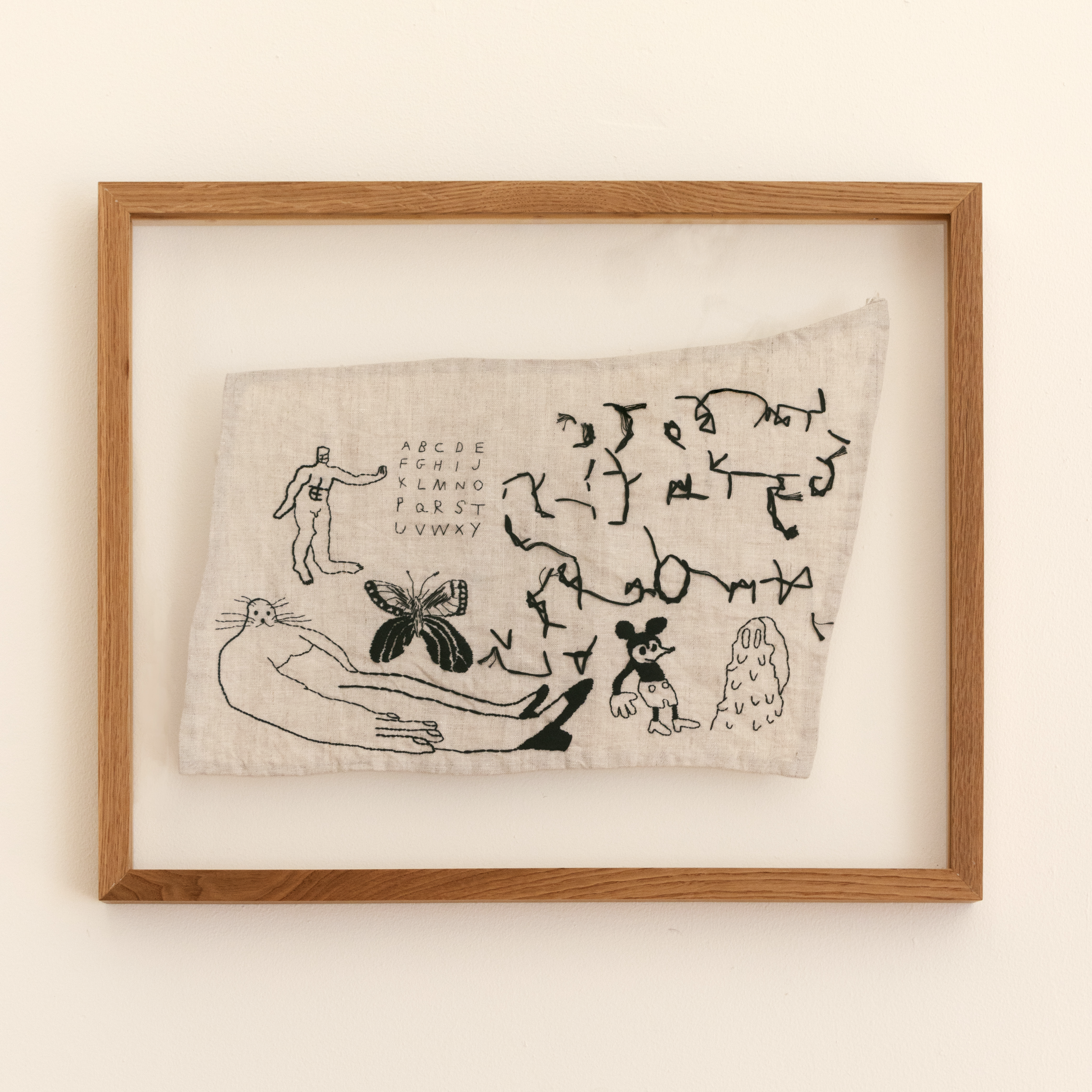 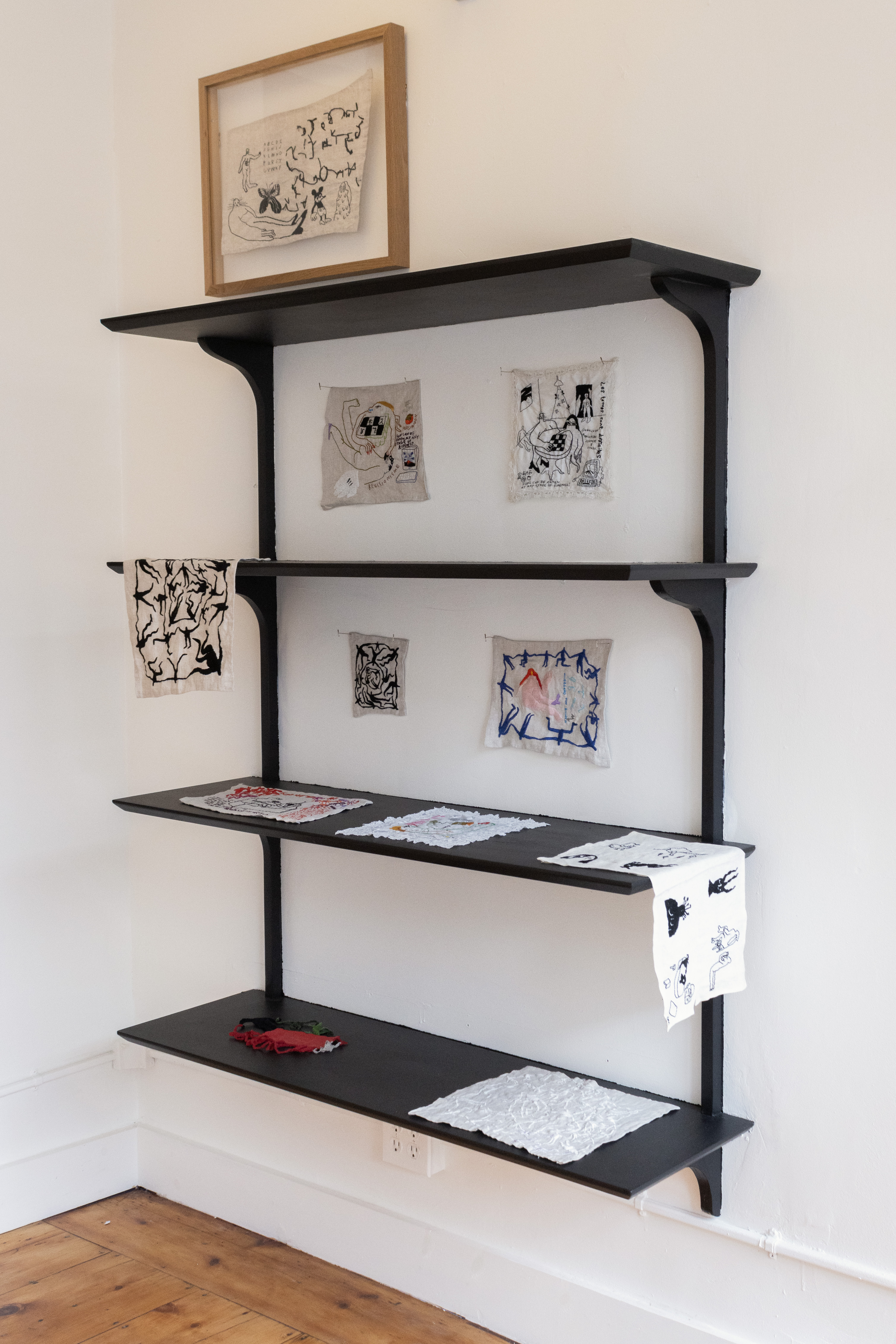 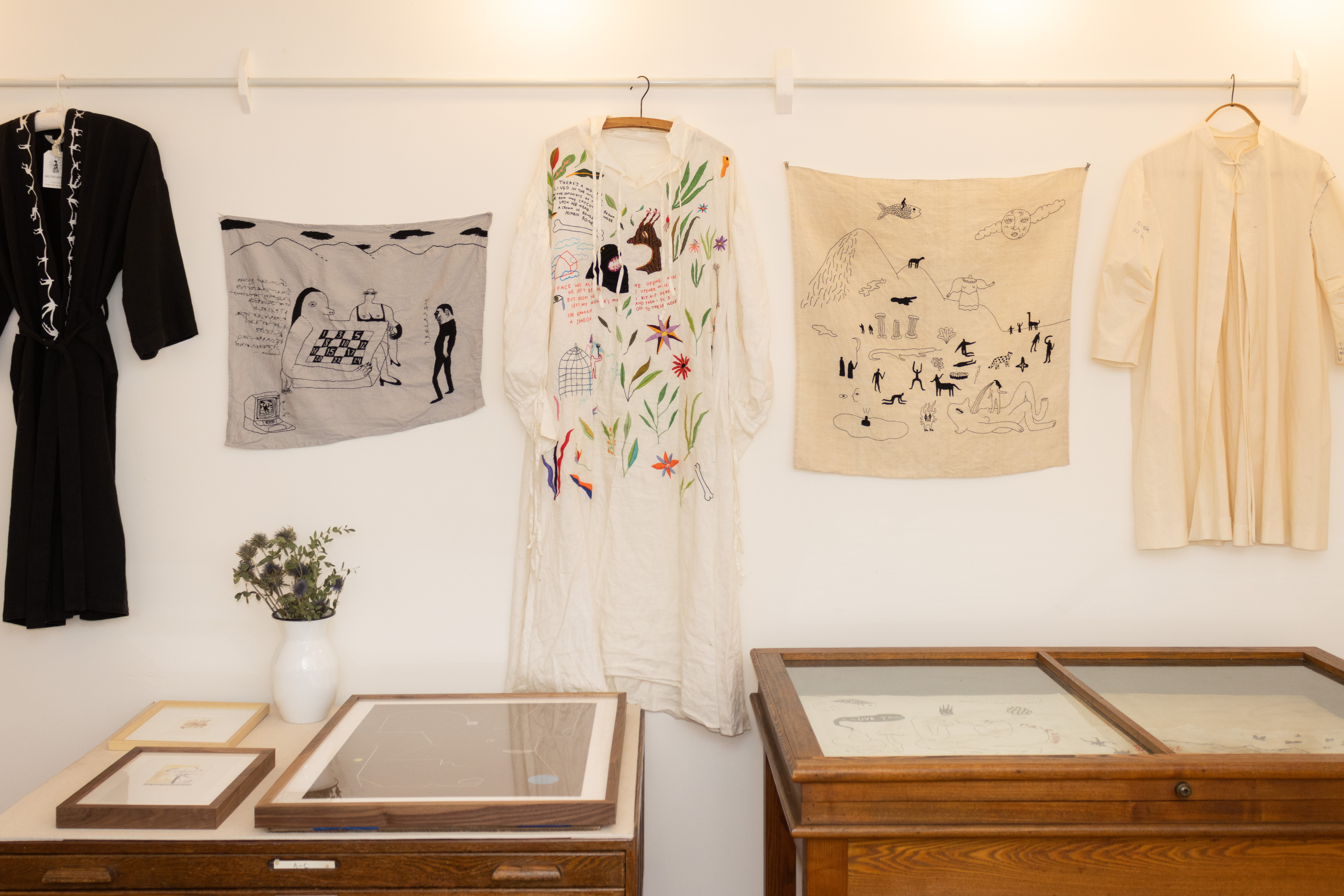 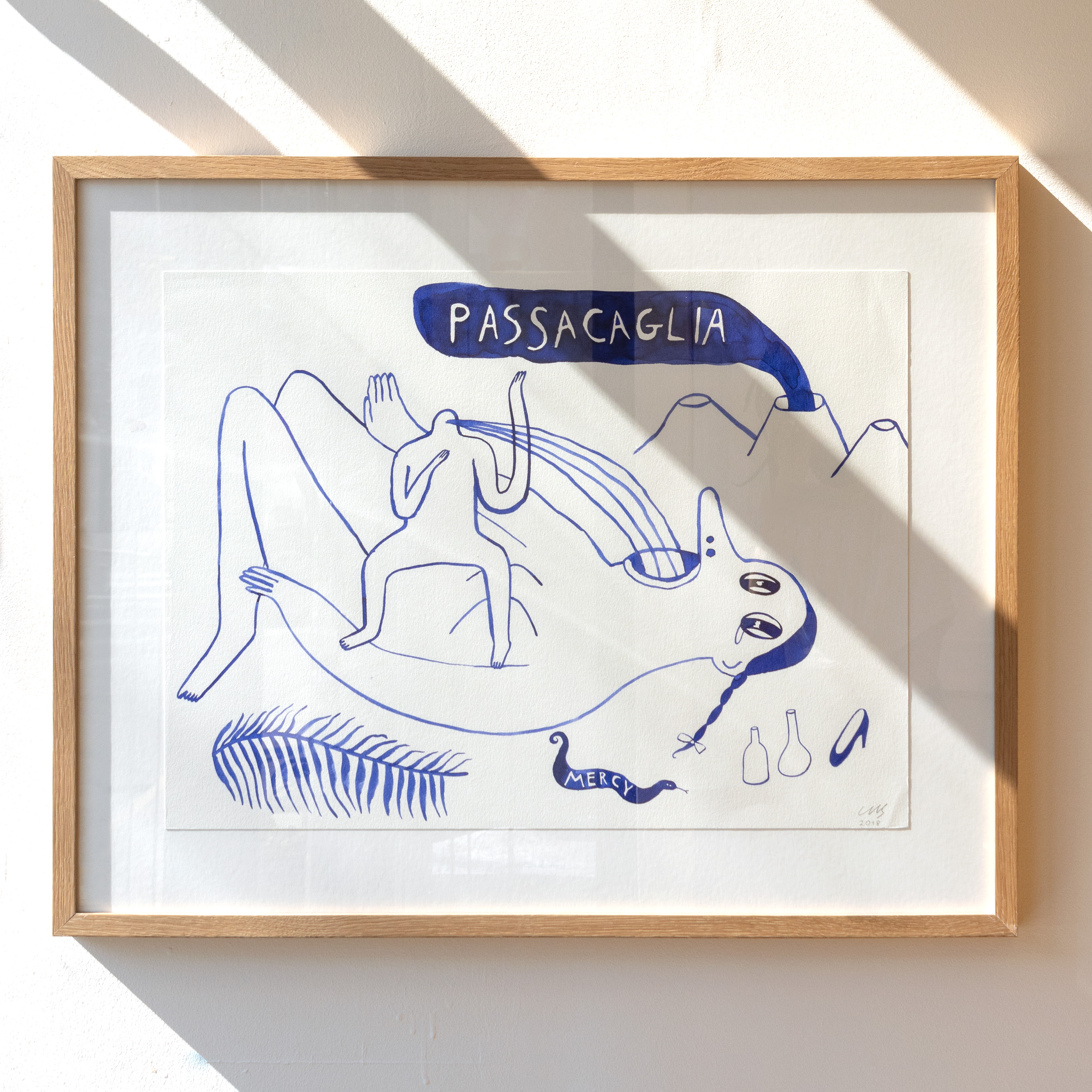 Cécile McLorin Salvant Salvant is a composer, singer, and visual artist born in 1989 in Miami, FL, and currently residing in New York. Salvant won the Thelonious Monk competition in 2010, has received Grammy Awards for Best Jazz Vocal Album for her 3 latest albums, “The Window,” “Dreams and Daggers,” and “For One To Love,” and was nominated for the award in 2014 for her album “WomanChild.” In 2020, Salvant received the MacArthur fellowship and the Doris Duke Artist Award.