Vanishing Acts by John High, in conversation with Idra Novey

A night of poetry readings by John High, and writer and translator Idra Novey. High will read from his newly launched book, and final volume in an interconnected poetry series, vanishing acts. On the collection, Novey praises High’s use of translation: “ In each book of his astounding decade-spanning tetralogy of poetry, High has sought spiritual truth through the lyrical pursuit of it. In this final volume, the deaf mute girl and one-eyed boy of the earlier volumes encounter their previous lives through an act of translation which is then translated into performance and then again into film. Each pursuit of a new translation is a renewed pursuit of truth, and High’s dazzling lyricism makes for such mesmerizing reading that their pursuit is as much a sonic adventure as it is one of spiritual transcendence. 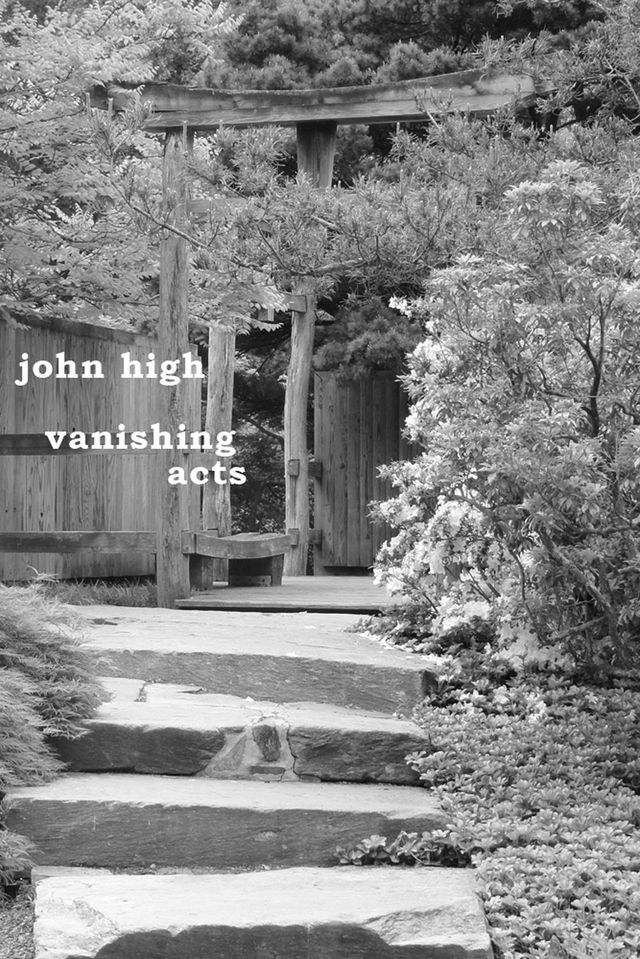 A recipient of four Fulbright Fellowships, John High has received grants from the National Endowment for the Arts (fiction and translation), the Witter Bynner Foundation, and Arts International. He is a former member of the Moscow Club Poetry and a founding editor of Five Fingers Review. Poet, translator, Zen monk—he has written ten books, including the novel, The Desire Notebooks, and his most recent, interconnected poetry collections: here, a book of unknowing, you are everything you are not, and vanishing acts (Talisman House). His translations of contemporary Russian poetry include books by Nina Iskrenko, Ivan Zhdanov, and Aleksei Parshchikov, and he is the chief editor for Crossing Centuries—The New Generation in Russian Poetry. His translations of Osip Mandelstam have appeared in The Nation, Fulcrum, Denver Quarterly, Pen America, Ugly Duckling Presse, and Poetry. Recent readings include Istanbul, Moscow, St. Petersburg, Paris, Hangzhou, Venice, and New York. Recent work has appeared in Verse, New American Writing, The Brooklyn Rail, Ugly Duckling Presse (6×6), Brooklyn Paramount, Poems by Sunday, Visceral Brooklyn, Conjunctions, Poetry Northwest, and Paris Lit Up. Poems from his recent four book series have been translated into French and Russian for the Paris Ivy Series, Upstairs at Duroc Literary & Arts Journal, and The St. Petersburg literary journal, Kreshchatik. He has taught creative writing and literature in Moscow, Istanbul, Hangzhou, and San Francisco, and currently teaches at LIU Brooklyn where he directs the MFA Program in Creative Writing.

Idra Novey is the author of the debut novel Ways to Disappear, winner of the 2017 Sami Rohr Prize, 2016 Brooklyn Eagles Prize, a finalist for the L.A. Times Book Prize for First Fiction, and a New York Times Editors’ Choice. Her poetry collections include Exit, Civilian, selected by Patri­cia Smith for the 2011 National Poetry Series, The Next Coun­try, a final­ist for the 2008 Fore­word Book of the Year Award, and Clarice: The Visitor, a collaboration with the artist Erica Baum. Her fiction and poetry have been translated into ten languages and she’s written for The New York Times, The Los Angeles Times, NPR’s All Things Con­sid­ered, New York Magazine, and The Paris Review. She is the recipient of awards from the National Endow­ment for the Arts, Poets & Writ­ers Mag­a­zine, the PEN Trans­la­tion Fund, the Poetry Foundation, and the Poetry Society of America. She’s also translated the work of several prominent Brazilian writers, most recently Clarice Lispector’s novel The Pas­sion Accord­ing to G.H. She’s taught at Prince­ton Uni­ver­sity, Columbia, NYU, Fordham, the Catholic University of Chile, and in the Bard Prison Initiative. This past fall she was the Visiting Distinguished Writer in the MFA Program in Creative Writing at LIU Brooklyn.